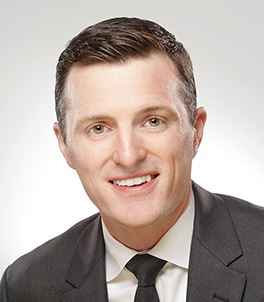 Nearly one hundred years have passed since the discovery of insulin, but it remains one of the most mismanaged medications of our time, involved in fifty percent of all medication errors, including one-third of all that are fatal.

Hyperglycemia (high levels of blood glucose concentration) is commonly observed in one-third of hospitalized patients and, left untreated, is associated with an increase in complications, costs, longer length of hospital stay and death It also occurs in patients who do not have diabetes, a condition referred to as stress-induced hyperglycemia, with similar poor outcomes.

This has proved to be a challenging condition for providers to treat. One-size-fits-all dosing cards and sliding scales provide standardization, but sorely lack the needed personalized approach that can be provided by a sophisticated clinical software application.

The magnitude of this problem is hard to ignore. Scientific literature, real-world clinical data and consensus statements from leading organizations like the American Diabetes Association continue to provide evidence that we have reached a tipping point in inpatient glycemic management that’s been a long time coming.

The COVID-19 pandemic has brought the severity of this issue into full focus even more. The research I recently helped compile and publish in the Journal of Diabetes Science and Technology found that hospitalized COVID-19 patients with diabetes and other glycemic control issues had a mortality rate four times higher than those without. While it’s no surprise that people with preexisting conditions like diabetes face higher mortality rates when they’re infected with COVID-19, this critical research sheds light on how severe the impact can be.

Perhaps most alarming, we found that patients with no history of diabetes or hyperglycemia when they were admitted to the hospital, who developed hyperglycemia during their stay, had a mortality rate seven times higher than a control group.

This shocking reality is just the latest evidence of the importance of accurately monitoring and managing blood glucose levels for all patients in the hospital – even in patients with no history of diabetes.

In ancient times, an abacus with sliding beads was used for calculations in the trade of goods and services. Eventually we developed basic calculators, then scientific calculators, and now we have mobile phones in our pockets, which are millions of times more powerful than the computer used to control the Apollo 11 spacecraft. Isn’t it time modern medicine ditched pocket cards and caught up with the digital revolution?

To see how this impacts care, consider research from AdventHealth (formerly Florida Hospital System) that analyzed data from more than 43,000 patients to document the correlation between hyperglycemia and a number of different measures of care.

When compared to people in the “normal glycemia” group, those identified as having severe hyperglycemia in the AdventHealth study experienced an 85% longer hospital stay, a 62% higher readmission rate and a 188% higher mortality rate. These results contributed to an average cost per patient visit of $10,405, nearly twice the amount of those with no glycemic issues.

Outcomes like this are the unfortunate norm because many hospitals lack sophisticated and structured order sets, pathways and protocols to address glucose control, to provide personalized care. Protocols that do exist are likely to rely on manual, generic calculation rules that provide inconsistent results.

On many levels, it’s very surprising that hospitals still struggle with managing insulin 99 years after it was discovered. It’s been a slow road that really only started in earnest in 1982 when an article in the Annals of Internal Medicine by Julio Santiago and Neil White suggested that intravenous insulin may be useful in the hospital setting.

By 2001, a study in New England Journal of Medicine by Greet Van den Berghe made the stakes crystal clear, finding that intensive insulin therapy in the ICU “reduces morbidity and mortality among critically ill patients in the surgical intensive care unit.” And, in 2006, a joint consensus statement of the American Diabetes Association and American Association of Clinical Endocrinologists recognized that inpatient diabetes management had become a quality and safety concern and that improving glycemic control would improve clinical outcomes for all inpatients with hyperglycemia.

Shortly after the ADA and AACE 2006 meeting, I co-founded a company to help identify and provide solutions for insulin mismanagement in the hospital setting. And later that year, we became the first company to receive FDA clearance for insulin titration dosing support.

A lot has changed in the last fourteen years, and I’m encouraged by the fact that more attention is being paid to this important aspect of inpatient care that impacts so many people and places a massive cost burden on the healthcare system between $10 and $14 billion annually.

Adding to the momentum, the Centers for Medicare and Medicaid Services is on the verge of passing a new measure that would incentivize hospitals to implement clinical workflows that facilitate evidence-based management of diabetes to reduce the likelihood of adverse events. As the health system continues its shift to value-based care, the role glycemic management can have on quality and cost of care is becoming tough for payers and providers to ignore.

The tipping point for the inpatient glycemic management movement is almost here – finally.