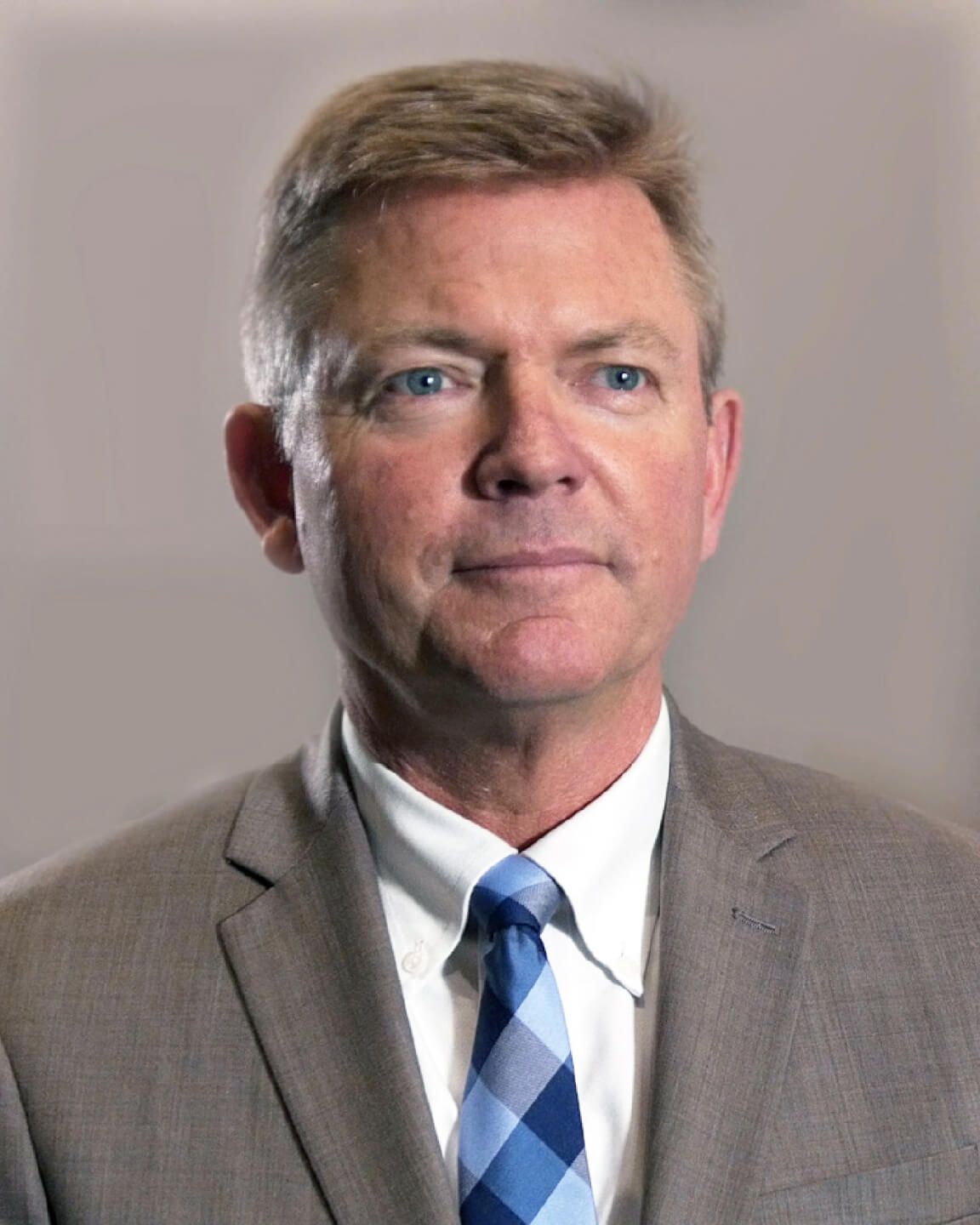 How Sentara Healthcare achieved the standard of care in glycemic management, and your organization can, too.

From 2008 to 2019, I served as Vice President of Medical Affairs at Sentara Healthcare, a 12-hospital not-for-profit health system with 2,700+ beds serving communities throughout Virginia and northeastern North Carolina.

Around the time of the Affordable Care Act, we, like most other health systems, had not yet moved towards value-based care contracting. Our clinical integration infrastructure was nascent and we were in growth mode within fee for service. That said, we’d always had a deep focus on patient safety and quality outcomes. It was jarring when in 2008, several of our patients expired in the hospital as a result of poor diabetes management, brought on by prolonged hypoglycemia. We recognized then that as a preventable adverse event, hypoglycemia should not be considered a “rite of passage” for hospitalized patients and should simply never happen, period. We needed to address hypoglycemia much like earlier approaches to hospital-acquired conditions such as central line-associated blood stream infections and ventilator-associated pneumonias.

Over the next several years, we instituted a number of policy, infrastructure, and (ultimately) technology initiatives designed not only to significantly reduce incidence of hypoglycemia, but also end high blood sugar levels post-surgery, thereby reducing infections, time to heal, patient complications and length of stay. The qualitative (satisfaction) and quantitative (outcomes) results were phenomenal, and I’m eager to share a synopsis of our journey with you.

In 2008-2009, as part of our initial SCIP (CMS Surgical Care Improvement Project) initiatives, we recognized that patients with diabetes were at greater risk in the hospital than other patients. Upon analyzing our data, we found that individual patients would often have multiple episodes of hypoglycemia during a single hospitalization, and our overall hypoglycemia rate for all glucose measurements exceeded three percent. Given several devastating patient outcomes, as I previously mentioned, we realized our approach to diabetes management needed to change, and that hypoglycemia was in fact a safety event to be tracked and avoided

In 2009, we formed a multidisciplinary glycemic control steering committee that I chaired, with representation from nursing, pharmacy, diabetic education, information technology and other areas. In our efforts to curb hypoglycemia, we began by developing a weight-based basal bolus insulin order set within our EMR to guide clinical staff in the administration of insulin, and eliminated the use of sliding scale insulin. Additionally, we facilitated a large educational effort for front-line clinicians and ordering physicians.

The initial results were positive. We reduced our hyperglycemia rate >180 mg/dL below twenty percent of all glucose determinations and reduced our hypoglycemia rate <70 mg/dL to less than two percent. However, as often happens, turnover and competing priorities interfered, and glycemic control did not continue to get the same attention that it had in the beginning. By 2012, our hyperglycemia and hypoglycemia rates had climbed back to their pre-2008 levels. As well, our static protocols did not seem to address circumstances where blood glucose would unexpectedly drop significantly, nor did they account for the fact insulin affects each patient differently. Moreover, these protocols left us vulnerable to medical errors, which simply wasn’t acceptable with the stakes being so high.

We had made significant efforts on our own, but needed something else that could fit into the workflow of our clinicians, adapt to patients’ changing conditions and be hardwired into our internal IT systems. That’s when we brought in Glytec and were finally able to achieve and sustain the standard of care and results we were seeking.

We began using the Glucommander™ IV module of Glytec’s eGlycemic Management System® in the critical care and step-down units of our hospitals in Virginia Beach and Norfolk, and we immediately saw a major difference. Our time-to-target blood glucose dropped to six hours, and because the algorithm operated in the background while our staff continued with their typical duties, patients remained in target longer than before. Our nurses found it easier to click on the Glucommander icon within the MAR and have lab and other values auto-populate en route to recommending a specific dosage of insulin. This was far more streamlined than the piecemeal process we’d previously implemented. Dosage errors dropped to zero and our clinical outcomes started to rapidly improve. In addition, given the ease of Glucommander use, patients no longer needed to remain in an ICU while on an insulin drip; nurses in our step-down units could manage several patients on IV insulin. We also had great success in our antepartum units where glucose control is managed within the tightest range. Nurses and physicians in those units embraced Glucommander and hypoglycemia rarely occurred.

Another major goal of ours was to reduce the instances of patients with blood glucose levels >200 mg/dL in the first several days after cardiac surgery. Within a few months of implementing Glucommander, we had zero instances of post-op blood glucose levels >200 mg/dL. This meant we were able to transition patients across (and ultimately out of) the hospital quicker. Patients were safer during their hospital stay, and in many cases, we avoided overnight admissions altogether. These efforts have no doubt saved the health system millions of dollars a year because we weren’t always using ICU beds.

We then expanded use of Glytec’s eGlycemic Management System to another six of our hospitals while also implementing the Glucommander SubQ module on our patient floors, where 90 percent of all insulin is administered. We saw great results across the board. By partnering with Glytec, Sentara’s hypoglycemia rate <70 mg/dL settled below 0.5 percent of blood glucose determinations and our hyperglycemia rate >180 mg/dL within the cardiac intensive care unit was between five and eight percent. Those were levels we had previously thought unattainable.

In 2015, we adopted the specialized Hospital-to-Home, or H2H®, module of Glytec’s eGlycemic Management System to guide insulin regimens prescribed at discharge. We conducted a study, which was later published, that showed no patients had a diabetes-related or glucose-related readmission, urgent care visit or emergency department visit within the first 30 days of discharge. Most importantly, Glucommander has had a profound effect on eradicating adverse events caused by insulin. We all know insulin is a dangerous drug which can be worrisome for clinicians to administer: Am I providing the correct dosage? Is this the correct time? How can I best reverse the effects of hypoglycemia? The feedback from our staff and our patients remained extremely positive in the months and years following the initial implementation of Glucommander.

Today, the entire Sentara Healthcare system leverages Glucommander and there are patients entering inpatient care who inquire about the service by name, stating they wouldn’t want to be admitted to a facility that doesn’t use this resource.

All of these experiences were contributing factors in my joining the Glytec team earlier this year. I would be happy to meet or speak with you about how best to proceed in your own journey towards reaching the standard of care in glycemic management and elevating the quality and safety of care for diabetic populations at your institution I joined Glytec in part because it offered me the opportunity to support clinical teams with this transformation by assessing current practices and helping migrate policies, workflows and reporting mechanisms to align with best practice. It’s no easy task, but the need to make strides here is clear and will have a profound effect not just on clinical quality improvement and cost reduction, but patient satisfaction as well.

Paul Chidester, MD is the retired Vice President of Medical Affairs with Sentara Norfolk General Hospital and an Executive Director of Quality Initiatives with Glytec. For a decade, he served as chair of Sentara Healthcare’s Glycemic Control Steering Committee, where he spearheaded the system-wide standardization of glycemic protocols as well as the acquisition, implementation and integration of Glytec’s eGlycemic Management System®. He has been involved with multiple research studies on the use of technology to improve the safety and quality of care for insulin-requiring patients.